Part I : The Art of Speaking Dog 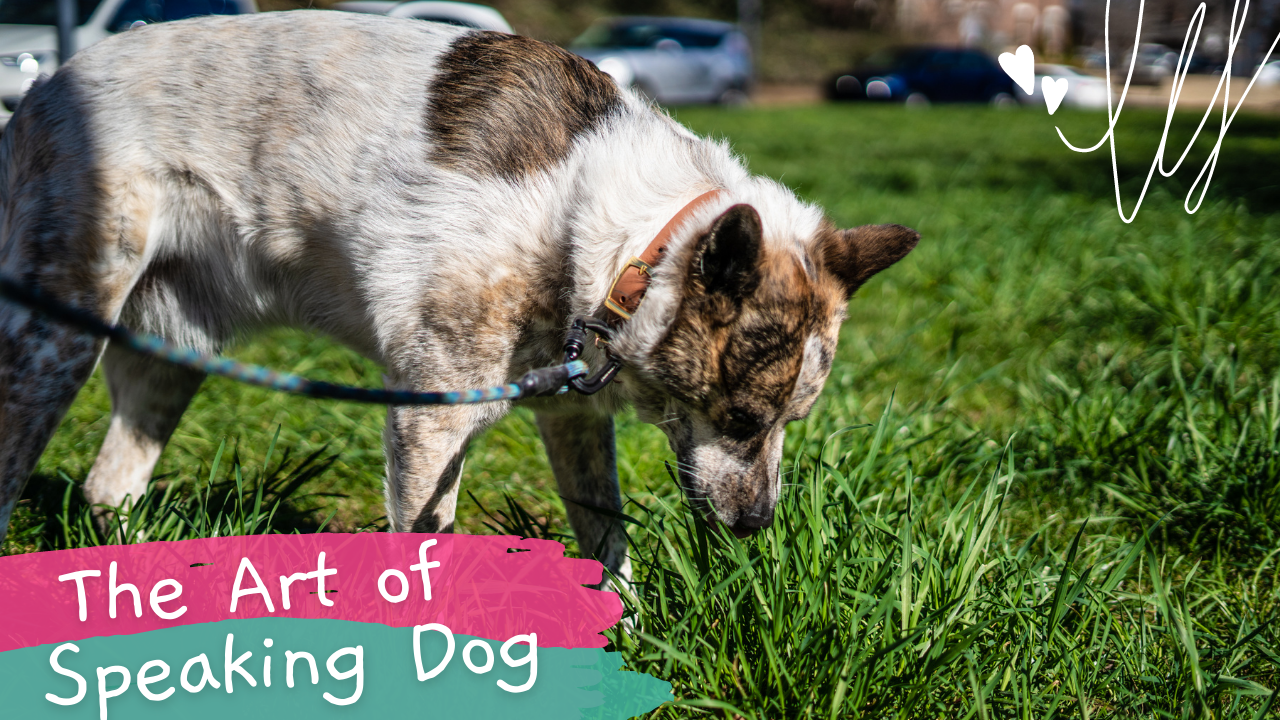 Dog Language 101: How to Talk to Your Dog

How many times have you told your dog exactly what to do and the little monster didn’t listen?

“Percy, I told you to stay off the couch. How hard is it? I’m not saying it again… don’t look at me like you’re confused. This time, I mean it!”

I’m going to take a wild guess and say Percy probably didn’t listen this time, either. Not because your dog is an asshole that’s doing it to spite you. It’s because your dog seriously has no clue what you just said.

It’s not exactly breaking news that dogs don’t speak human. We all know this.

But when we don’t know how to communicate with dogs in ways they do understand, we keep repeating the same mistakes. We stay stuck in the endless cycle of reprimands with no relief.

How to Talk to Your Dog in Their Language

Dogs mostly communicate with other animals - including humans - using body language. Sure, they may bark, whine, growl, or whimper. But with so few vocal options available, their tails, ears, mouths, and carriages are all a huge part of what they’re trying to say.

I know, I know. You’re not a dummy. You already knew that and you listen to your dog every day, body language included.

That little spiel up above may have been said while walking away. While plopping your own butt down on the couch. While texting your mom. That’s okay - it’s natural. Humans simply aren’t quite as attuned to what their nonverbal cues communicate.

Dogs often peep our body language first since it’s their primary way of communicating. This is why pro dog trainers combine verbal cues with hand signals.

If you give a command - even a perfectly vocalized, simple command like, “off!” - be engaged in the moment. Dogs may not be fluent in human body language, but they’re smart enough to know that an off-handed comment while you look like you DGAF is leaving leeway to ignore you.

In dog training lingo, we often talk about using commands. An effective command is issued with authority in a measured, consistent voice. You don’t have to speak at 90 decibels to get a little respect.

You’re certainly communicating something when you yell at your dog, and it ain’t good. The intention behind your words gets lost. Yelling usually goes hand in hand with out of pocket body language, right?

Your dog may not interpret “off” correctly. It doesn’t understand that “off” might be urgent, because it’s in danger and you’re afraid. A dog's response might be to freeze in place, because your body language and tone are shouting danger a hell of a lot louder than anything the actual word might mean. They don’t know where the danger is coming from. So they just don’t move.

Let’s take it down a few dozen decibels. A command issued in a really lax tone may not get you very far for very long. This was already mentioned, but it’s worth saying twice. Be engaged. It’s okay - and even a good thing - to speak with excitement.

This is especially important early in your dog training journey.

That Doesn’t Seem So Different

Nope. Dogs have been human companions for, like, a gazillion years. Of course we’ve learned to speak on multiple levels. And the building blocks of our communication are exactly the same: words, tone, and body language.

They’re just important in a different order. Finding the right balance between the three can be hard since it’s not the way we’re used to talking to people.

No shame in seeking out a professional dog trainer to help you get consistent… which will get the results you want from your dog.

Understand how the pieces fit together and you’ll be able to talk to your dog on a deeper level. Not about feelings and stuff. You can already do that. Permission granted to use more than one word - all your dog needs is the body language for those convos. 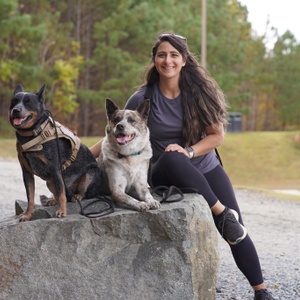 Ruth created to look at the whole dog for a successful and custom training program. Ruth has been in the dog professional career for eight-plus years and has experience with small and large breeds, behavioral, reactivity, and aggression cases. Ruth loves dogs and is a dog mom to three good doggos. Oakley is a 6yr old Akita and Cattle Dog Mix that she adopted. Zena is a Husky/ Pitt mix that Ruth took in as an unruly puppy. Last but not least is Bean, the five-pound chihuahua that they rescued as well. We love empowering owners and their dogs to enjoy a stress-free life together. 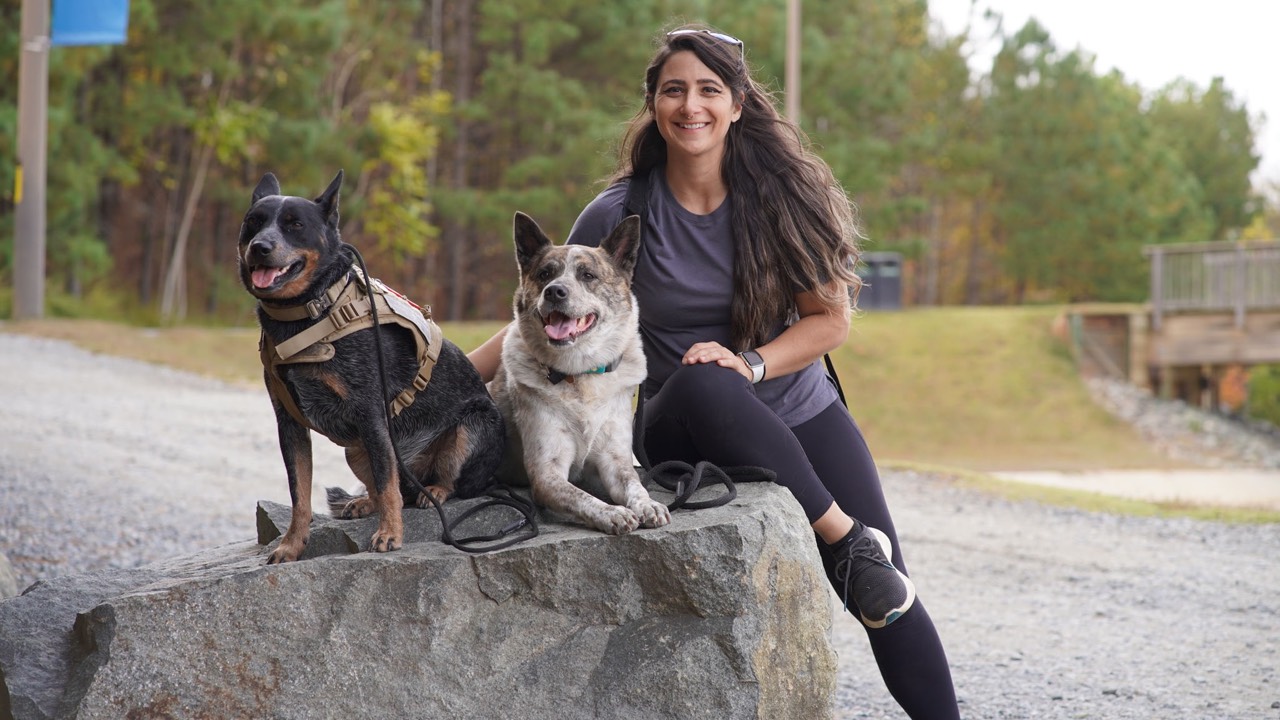 Re-Introduction & Where The Hell Have I Been? 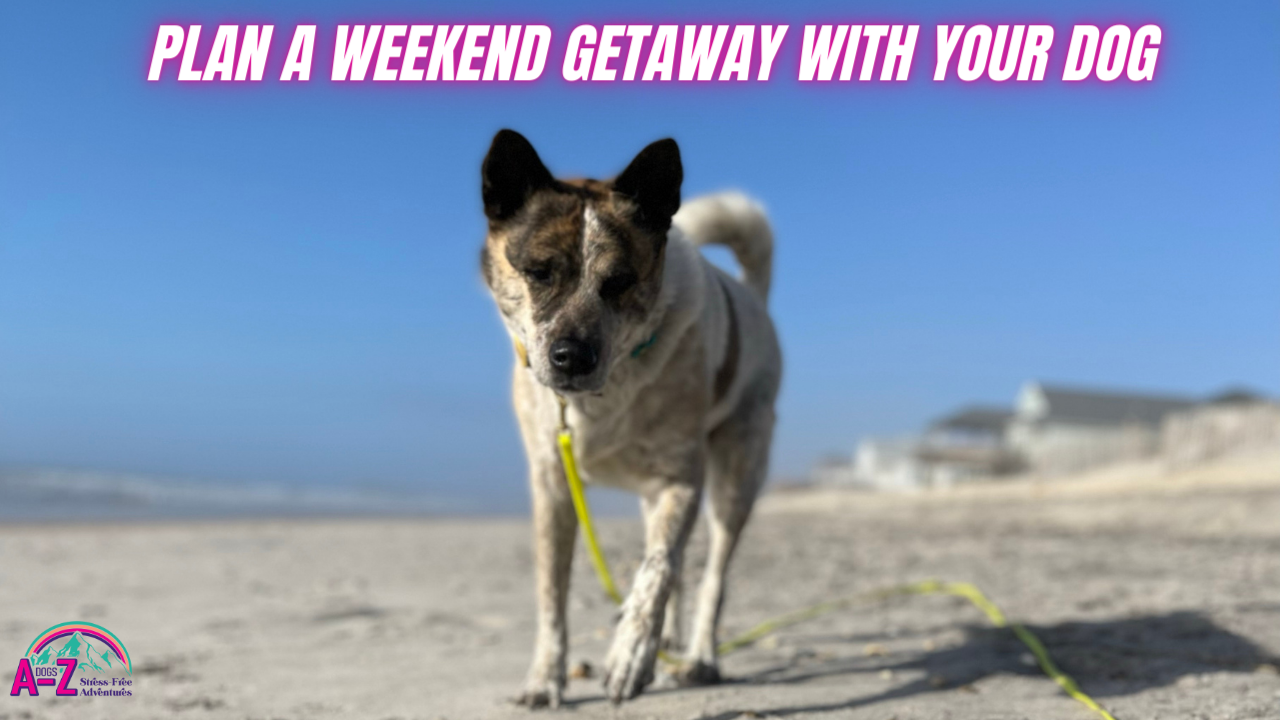 Plan a Weekend Getaway With Your Dog 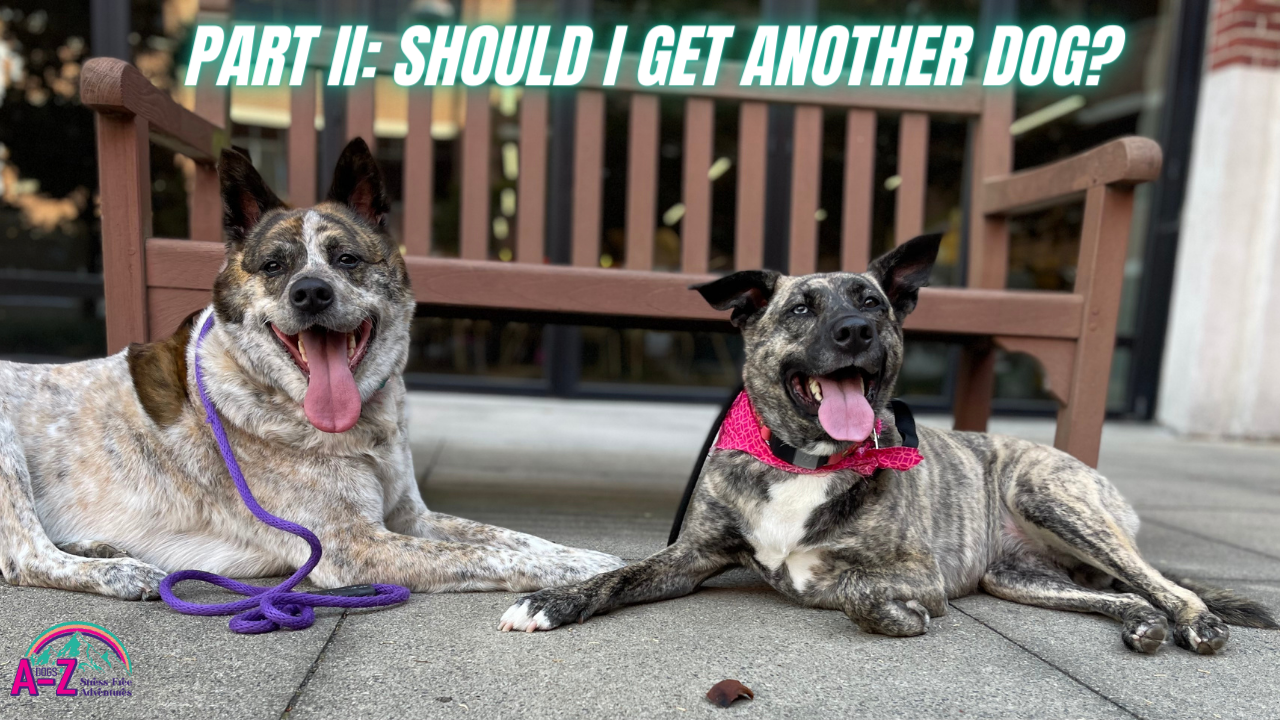 Part II: Should I Get Another Dog?

Subscribe to get tips and tricks to level up your dog parenting skills.

GET THE FREE GUIDE

Enter your details below to get this free guide.